Posted by Anita Page at 4:39 PM No comments:
Email ThisBlogThis!Share to TwitterShare to FacebookShare to Pinterest

By now everyone is aware of the recent New York Times investigation of the white-collar work culture at Amazon. The August 16th piece was based on interviews with more than one hundred current and former employees as well as those senior managers who were authorized to speak to the press.

I won’t attempt to summarize the very long article, which you can read here, except to say that it reveals a demanding and sometimes brutal work environment in which 75 to 80-hour work weeks are not unheard of and where, according to the Times, a widget in the company directory called the Anytime Feedback Tool “allows employees to send praise or criticism of colleagues to management….” One imagines praise is rare since “team members are ranked, and those at the bottom are eliminated every year.” According to the Times, recruiters from other companies are sometimes wary of hiring former Amazonians “because they have been trained to be so combative.”

A number of female Amazon employees describe treatment that goes beyond brutal. Here are some examples cited by the Times:

--A worker on the Kindle team was labeled a problem employee when she asked to transfer to a less demanding position in order to take time to care for her father, who had cancer.

--After suffering a miscarriage, an employee was told by her boss: “From where you are in life, trying to start a family, I don’t know if this is the right place for you.”

--A woman with breast cancer was put on a “performance improvement plan” because her personal problems “had interfered with fulfilling her work goals.”

--A woman who’d given birth to a stillborn child was put on a performance improvement plan in order, she told the Times, “to make sure my focus stayed on my job.”

In response to the Times story, Jeff Bezos sent a message to employees stating that the Amazon described in the article isn’t the Amazon he knows. He also condemned the “…shockingly callous management practices…” reported by the Times and urged anyone with knowledge of such practices to “escalate to HR” or email him directly.

I assume "escalate to HR" is A-speak for rat out, consistent with the culture that Bezos claims he doesn’t recognize.  Here’s New Yorker humorist Andy Borowitz’s take on  Bezos’ letter. The headline: Amazon Chief Says Employees Lacking in Empathy Will Be Instantly Purged.

“Shockingly callous practices” may apply to Amazon’s Seattle campus, but it’s an understatement when it comes to describing the conditions in Amazon’s warehouses, especially given the fact that blue collar workers in a depressed economy often don’t have the option of quitting no matter how miserable the job. See Spencer Soper’s 2011 expose in the Allentown, PA, Morning Call about workers in Amazon’s Lehigh Valley warehouse who were subjected to temperatures of over one hundred degrees, carried away by ambulance when they succumbed to the heat, and then replaced by other workers. (Following Soper’s article and the ensuing OSHA investigation, air conditioning was installed in the warehouse in 2012.) A recent article in vox.com makes clear that the Lehigh Valley scandal was not an isolated incident of the punishing working conditions at Amazon facilities. One example cited in Vox: An undercover reporter who, during his shift, had to walk eleven miles and handle a new order every 33 seconds.

All this by way of explaining my decision to stop shopping at Amazon. As a writer I can’t sever my relationship with the company without impacting other people, but as a consumer I can and will shop elsewhere. As seductive as Amazon's convenience is, the decision is easy  for me—I can walk downtown or drive twenty minutes to a mall—but I understand that for someone who’s housebound or lives in an isolated rural area, for example, it would be more difficult. I mention this to make clear that in sharing my decision I'm not judging anyone else.
I hope you’ll feel free to comment—all opinions welcome.

Posted by Anita Page at 6:44 AM 3 comments:
Email ThisBlogThis!Share to TwitterShare to FacebookShare to Pinterest

Damned If You Don't: The First Two Pages

I’m always interested in reading writers on writing. For that reason I’ve enjoyed following B.K. Stevens’ blog, The First Two Pages, where crime fiction authors are asked to reflect on and discuss the decisions they made and the problems they faced in writing the first two pages of a published work, either a short story or novel.


I’m delighted that Bonnie’s given me the chance to discuss my novel, Damned If You Don't, at The First Two Pages this week. I hope you’ll have a chance stop by.

If this is your first visit, you might want to check the archives for terrific posts by fine writers like Terrie Farley Moran, John Floyd, Jim Jackson, Kaye George, Jacqueline Seewald and Bonnie Stevens, among others.
Posted by Anita Page at 4:00 AM
Email ThisBlogThis!Share to TwitterShare to FacebookShare to Pinterest

From Glenmere Press and wherever e-Books are sold


"The mystery is a good one, well plotted and paced, with surprising twists. Page is a writer to watch." –Carol Crigger, Buried Under Books

"It's hard to believe this is the author's debut novel. She gets everything right; intriguing plot, memorable characters, atmospheric setting." –Cherie Jung, Over My Dead Body 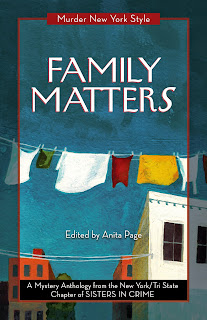 I'm very pleased to have my short story "The Anniversary" included in the second issue of Jack Hardway's Crime Magazine. Hardway is the alias of writer and editor Dan Persinger who's created a multimedia noir-infused webzine that makes excellent use of the rich resources of the internet.

In addition to six short stories, the issue includes Lionel White's novel Clean Break, on which the 1956 film The Killing is based,  a classic radio episode of The Whistler, and the film Detour, a 1945 noir thriller.

A click on the opening music link will definitely put you in the noir mood.

Posted by Anita Page at 1:13 PM
Email ThisBlogThis!Share to TwitterShare to FacebookShare to Pinterest

Posted by Anita Page at 9:34 AM
Email ThisBlogThis!Share to TwitterShare to FacebookShare to Pinterest


A Mystery Anthology from the N.Y./Tri-State chapter of Sisters In Crime. 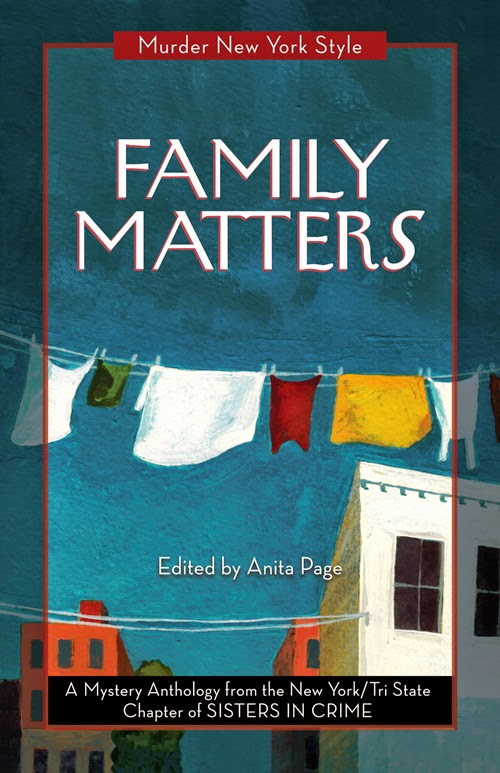 Available in Paperback as well as in eBook editions for the Kindle, Nook, Kobo, Apple iBook, and at other online retailers


"While many anthologies contain stronger stories to compensate for less compelling tales, here readers will find something appealing in each. The worst of crimes seem to be hidden in the most normal of homes. Whether dark or humorous, these tales are as fascinating as they are entertaining. All are at a superior level of writing from the best of an organization created to support female mystery writers." --Cynthia Chow, Kings River Life

"These stories present a nice mix of murder, mayhem, and suspense as well as a good mix of protagonists; amateur sleuths, professional investigators, cops. Although some stories are darker in tone than others, each has its own fascination that will keep the reader turning pages until the very end....Do yourself a favor, buy the book, and become engrossed in the twenty stories. I’ll bet you can’t just read one.--Cherie Jung, Over My Dead Body!


"I loved every story in this anthology from the New York/Tri-State Chapter of Sisters in Crime, edited by Anita Page. How often can a reader give a 100% recommendation? I can and I am. Each story was a delight, and it didn't matter that New York topography is unfamiliar to me..." Mallory Heart Reviews

"The smorgasbord of 20 stories that round out this well-balanced collection are filled with humor and horror and offer differing perspectives, voices and points-of-view. Unexpected twists and turns—and endings that often pack a chilling, emotional wallop—make for compelling, page-turning short reads that will interest a broad-range of mystery readers."--Kathleen Gerard, Reading Between the Lines

Triss Stein's "Eldercare" at Criminal Element
Kate Lincoln's "The July Rebellion" at Beat to a Pulp
Posted by Anita Page at 7:34 AM
Email ThisBlogThis!Share to TwitterShare to FacebookShare to Pinterest
Older Posts Home
Subscribe to: Posts (Atom)

Damned If You Don't

These days I write mostly crime fiction. My short stories have appeared in ezines and print, most recently in Murder New York Style: Fresh Slices.

Damned If You Don't is my debut crime novel.

I blog with some of my sisters in crime at Women of Mystery. 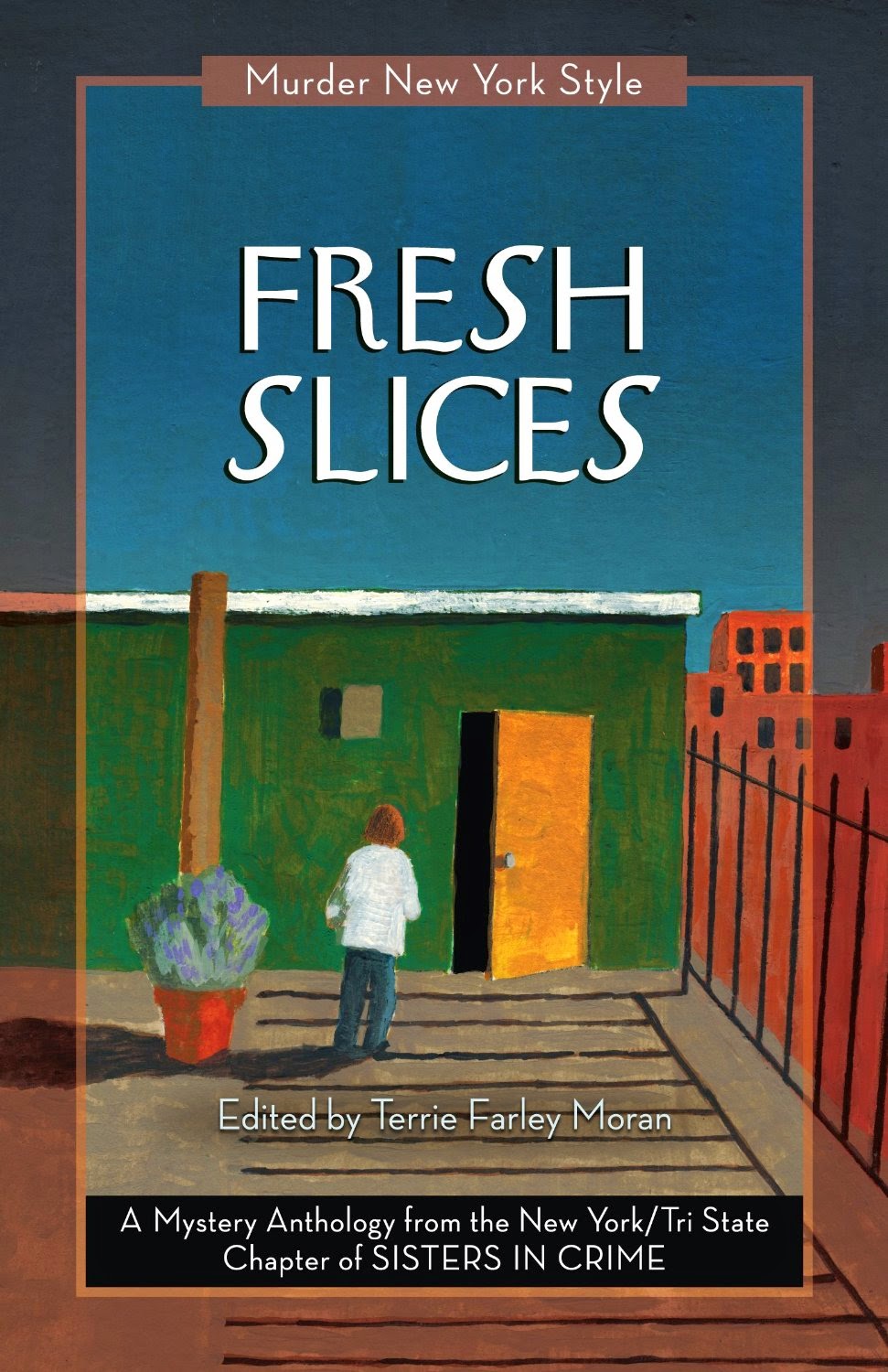 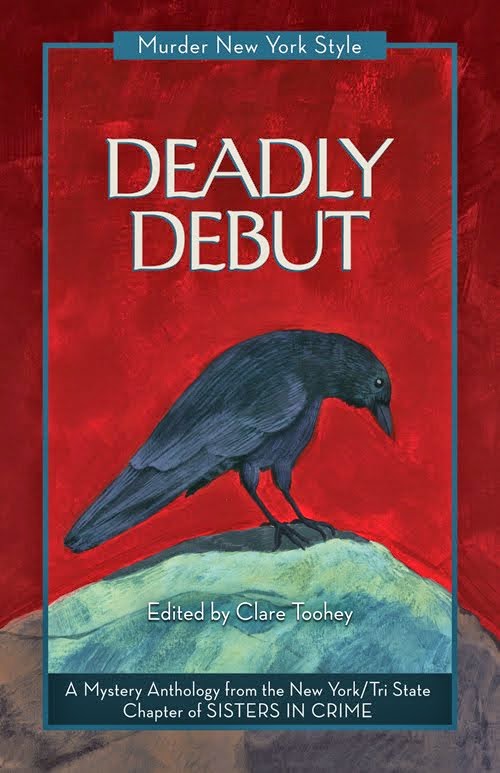